As part of a larger update yesterday where Cyberpunk 2077 developer CD Projekt Red laid out the development roadmap for the following year, the company shared a brief list of answers to common questions that it has received since the video game's rocky launch last year. Top of the list? Why there is such a huge difference in performance between the PC version and the version released for previous-generation consoles. 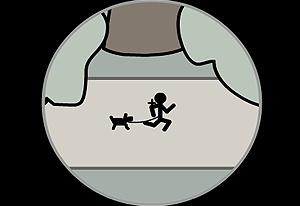 'Cyberpunk 2077 is huge in scope, it features a multitude of custom objects, interacting systems and mechanics,' the answer from CD Projekt Red reads. 'In the game, everything is not stretched out over flat terrain where we can make things less taxing hardware-wise, but condensed in one big city and in a relatively loading-free environment. We made it even more difficult for ourselves by first wanting to make the game look epic on PCs and then adjusting it to consoles — especially old-gens. That was our core assumption. And things did not look super difficult at first, while we knew the hardware gap, ultimately, time has proven that we've underestimated the task.'

For more details about the progress being made on Cyberpunk 2077’s further development, including information about updates and improvements, free DLCs, and more, please visit https://t.co/vfY3xxCM1Gpic.twitter.com/6U28q8pcVH

In other words, CD Projekt Red seems to blame the technical issues it imposed on itself due to the construction of its environment in addition to the fact that it specifically prioritized the PC version of the title only to then adjust it for consoles. Many of the other answers are directly related to the console release shenanigans, including one about the gap between PC and console review codes. The whole thing is worth a read to get an idea of what the company thinks it did and did not do correctly.

Cyberpunk 2077 is now available for PlayStation 4, Xbox One, Google Stadia, and PC -- but you should probably steer clear of the console versions for now. It is also available to play on both the PlayStation 5 and Xbox Series X S with a free upgrade releasing later to take advantage of the next-gen hardware. You can check out all of our previous coverage of the recently released video game right here.

Have you been playing Cyberpunk 2077? What do you think about the developer's explanation above? Let us know in the comments, or feel free to reach out and hit me up directly over on Twitter at @rollinbishop to talk about all things gaming!