C. Barry McCarty (born 1953[1]) is an American preacher and educator who has been associated with the Southern Baptist Convention and the Christian churches and churches of Christ. McCarty is a former president of Cincinnati Christian University and the current chief parliamentarian for the Southern Baptist Convention. From January 2010 to June 2015 he was the senior pastor of Peachtree Christian Church, a Disciples of Christ congregation, in Atlanta, Georgia. In August 2015, his 30-year relationship with the SBC culminated in changing his church affiliation to Southern Baptist and accepting a call to the faculty of Southwestern Baptist Theological Seminary in Fort Worth as professor of preaching and rhetoric.[2]

Home page of Mack Events Presents, an event from Barry. Mack Events is an events company based in Barry, South Wales, UK. Born In Oklahoma City, Oklahoma County, Oklahoma, United States Barry McGuire (born 15 October 1935) is an American singer-songwriter best known for his 1965 hit with the song 'Eve of Destruction', and later as a pioneering singer and songwriter of Contemporary Christian Music. Browse and Download any torrent from the category Audio Music. Direct download via magnet link.

His term was marked by record growth in admissions and balanced budgets after the college almost went bankrupt in 1986. McCarty left Cincinnati Christian University in 1993 to enter new church work, leading the Lakota Christian Church in Cincinnati, Ohio to grow from a small group meeting in a rented schoolhouse cafeteria to over 1000 members inonly five years.[6]

McCarty received media attention in 2005 as Preaching Minister of Valley View Christian Church in Dallas, Texas, since it was the church that White House Counsel Harriet Miers attended.[7]Miers's conservative Christian views and relative judicial obscurity made her nomination to the Supreme Court controversial. McCarty supported her nomination without taking an official political position.[8][9]

McCarty was the senior pastor at Peachtree Christian Church, a Disciples of Christ congregation in Atlanta, Georgia, prior to accepting a call to the faculty of Southwestern Baptist Theological Seminary in Fort Worth.[10]

McCarty has been the Chief Parliamentarian of the Southern Baptist Convention since 1986.[15]

His Parliamentary Guide for Church Leaders (Broadman & Publishers, 1987, 2012), now in a 25th Silver Anniversary Edition, has become the standard guidebook in the field of church business meetings. He is also the author of Well Said & Worth Saying: A Public Speaking Guide for Church Leaders (Broadman & Holman Publishers, 1990), and Parables & Miracles: Blueprints for 30 Messages Built Upon God's Word (Standard Publishing, 1999).[16]

McCarty has been married to his wife Pat since 1975. They have three adult children.

Retrieved from 'https://en.wikipedia.org/w/index.php?title=Barry_McCarty&oldid=999141820'
After all the miles he’s travelled, and the various countries he’s lived in at different times of his life, there is still one place Barry calls home… and that’s Virginia. Probably his most personal song to date!

Available through all major online distributors such as Amazon, Spotify, Apple Music, etc.

“Great song: has the same wistful flavour as Charlie McGettigan’s “Bailieboro and me.” – Barry Devlin

“It’s a gem, Barry. Great vocal, good lyrics and tasty arrangement and production. I think you have a hit there.” – PJ Curtis

“When music is honest, heartfelt, authentic and personal it will likely draw me in and win me over. That is the case with Barry Mc Cabe’s song “Virginia”, ticking all those boxes, exploring his acoustic roots, enhanced by beautiful images in the accompanying video.” – Ad Vanderveen

The wind it blew up from Riverside
And being young, I didn’t know to hide
Pulled my coat up around my shoulders
Pulled my cap down low
Content to call this place my home

I remember knocking doors, one Halloween
From the church grounds with fishing line unseen
Oh, they tried so hard to catch us
We tried hard not to laugh
If my mother’d known, why she’d have blown a fuse

The Farmer’s Ballroom sadly is no more
No more dancers jiving on that floor
I remember playing there
Then playing everywhere
Oh, those early days seemed long and packed with fun

Here’s Barry’s description of how the album came into being.

“The idea for all the material on this CD hit me one evening while I was sitting in the car waiting for someone. It was what I’d been waiting on for awhile and I knew I’d recognise it for what it was when it did hit me.

I set to work on it and “Lonely Road” was the first song written and rehearsed. Then, following my usual crazy pattern of working, I didn’t do much for about another year. Don’t ask me why – I can’t answer it!

The idea to work with some good friends was always there and I was thrilled when they all said yes! That meant a studio had to be booked – within a time frame that would suit everyone – which in reality turned out to mean I had about a month to write the rest of the album. I have found over the years that having a strict deadline has always helped to focus me and so I didn’t feel any stress at all.

Working in the recording studio is regarded as a very stressful occasion but I can honestly say that I enjoyed every minute of recording this album. It seemed to have an energy and a tempo all of its own and I just went along with the ride.

I’m eternally grateful to everyone who brought their special magic to the proceedings. Making music is a wonderful thing and I hope you all enjoy listening to the results as much as we enjoyed recording them for you.

To those of you who ask – “who’s Johnny?” – the answer is, Johnny is the personification of many people we see – or don’t – around us every day. Johnny is the misunderstood, the lonely, the outcast, the unfortunate, the part of society and ourselves we’d rather not know about.

The album title “Beyond The Tears” should be seen as positive. We all know that it’s difficult to get through life without picking up a few scars along the way but the idea is to keep on going so that eventually you get to dance to the sunset waltz”.

“The Peace Within” is a musical collaboration between blues-rocker Barry Mc Cabe and the exceptionally talented uilleann pipe player Davy Spillane, which was recorded in Davy’s own studio “Burrenstone Studios” in Ireland.

Using their Irish heritage, and incorporating Barry’s love of the Blues, both he and Davy have managed to interweave Irish Traditional music with the Blues, into a totally new and invigorating musical sound that could possibly be best described as “CELTIC BLUES”.

This exciting new collaboration takes all that is best from both Irish Traditional music and the Blues and makes them ready for the 21st century. Their version of the Peter Green song, “Oh, Well” fully illustrates both the diversity and the power of these two musical collaborators and of these two musical styles, and will have Leprechauns reelin’ and rockin’ all over the world.

Troubadour” is a ‘fold-out’ CD & DVD collection. You cannot order them separate.

“You don’t make music…music finds you. Your job is to practice to get yourself ready.”

It is a real thrill to finally get to record an album of acoustic music. I’ve been meaning to do it for years. The funny thing is I’m only returning some of these songs to their original state because I often write my songs on an acoustic guitar. I decided to include some songs from other writers too because they are songs that have touched me in some way over the years.

I sincerely hope you get as much pleasure listening to them as I got from singing and playing them and as always, I am truly grateful for the opportunities life has presented me with through the medium called ‘music’. 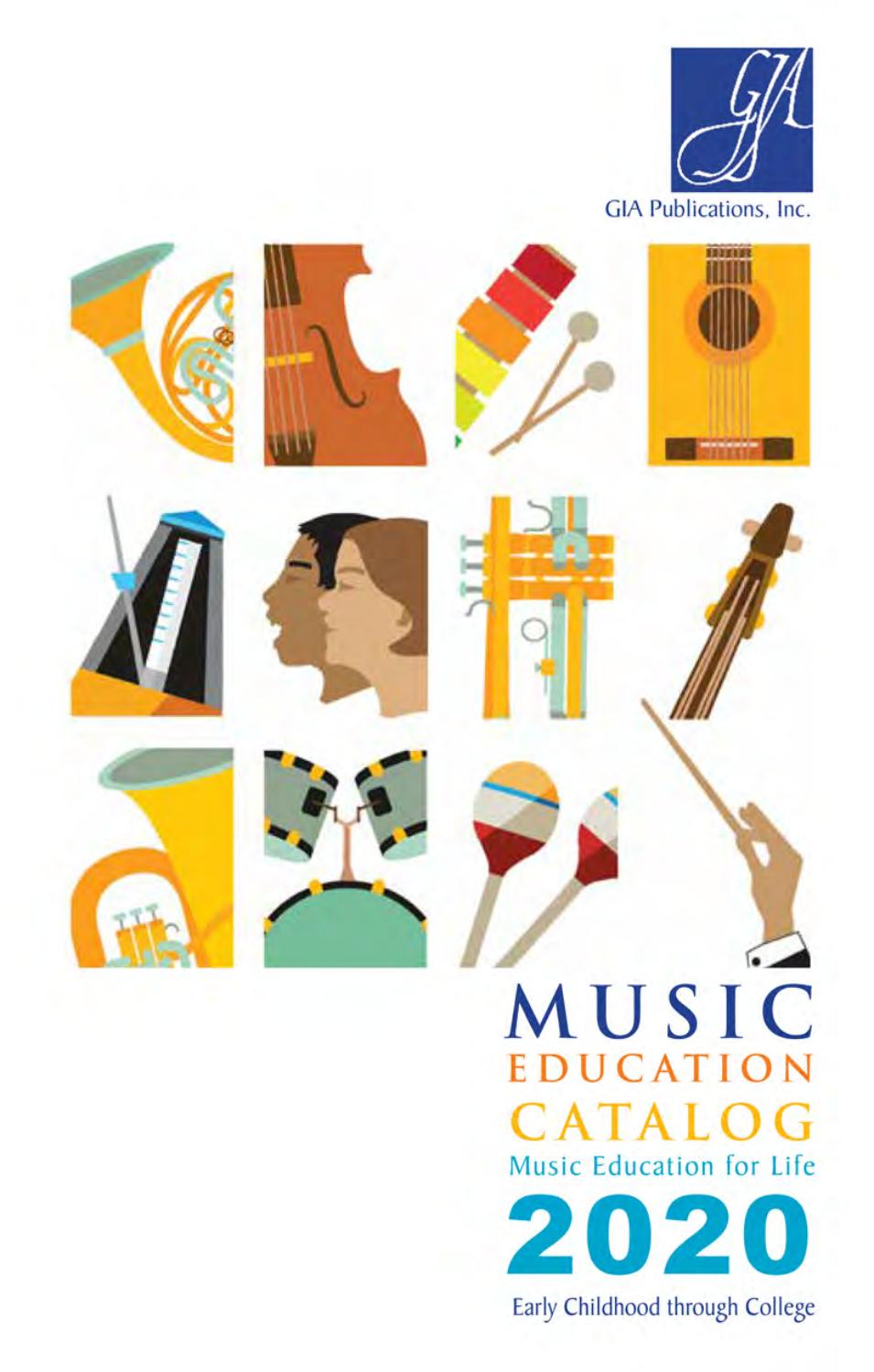 “I have to say there is a maturity and a richness to Barry’s voice now that gives these songs a strength and a ‘truth’ that is stamped deep into the performances…that makes them REAL…and all coming from an artist that knows exactly where he is, and what he is, in relation to his art” – PJ Curtis 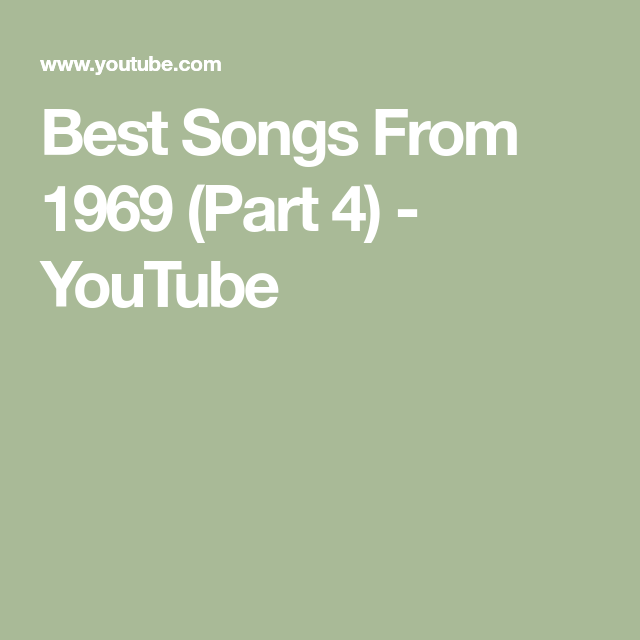 “ABSOLUTELY LIVE VOL. 1” is from Barry’s Albatross years. The main portion of the CD is a live concert from Norway, recorded during an Independence Day Festival (500 miles above the Arctic Circle). Did this Irish boy ever melt the snow that day! This concert was originally released on the Blue Horizon label as “Everybody’s Got the Blues”. It has now been digitally re-mastered and bonus tracks have been added – all to bring you over 70 minutes of non-stop hard rockin’ blues with subtle asides to show the many hats worn by guitarist/singer/songwriter/front-man, Barry McCabe. The bonus tracks are studio outtakes, live radio performances, and performances from numerous live shows recorded throughout Europe – which have never been released before!

Everything recorded on this CD is 100% live, and a lot of the songs were actually written on the road – as most of that year was spent on the road. The songs represent both sides of being on a long tour – the fast songs represent the hectic speedy moods you get into as you try to keep schedules that are often inhuman, and the slow songs represent the melancholic moods that break through sometimes as you miss the people and things that you love.

Again, like on “Absolutely Live Vol. I”, some bonus tracks have been added – studio outtakes, live radio performances and concert performances – all previously unreleased material and all digitally re-mastered. There was a little more space left over after the main concert this time, leaving room for seven bonus tracks!

We hope that between these two releases we have managed to capture the essence of Barry’s “Albatross years”. From his first single “Alberta” on this collection to the last note of “Tempted” on Absolutely Live Vol. I” it’s been an incredible journey. There is blood, sweat & tears all over these songs – and he wouldn’t want it any other way!!