The well-off Smith family has four beautiful daughters, including Esther and little Tootie. 17-year old Esther has fallen in love with the bo. As one of the premiere MGM musicals of all time, it is amazing that a definitive Original Motion Picture Soundtrack for Meet Me in St. Louis (1944) had never been available prior to this 1995 single CD. Ralph Blane and Hugh Martin's complete score is included, as are the oft-overlooked orchestrations from Conrad Salinger.

Details of the Show

Based on the heartwarming MGM film, MEET ME IN ST. LOUIS is a rare treasure in the musical theatre; a wholesome and delightful portrait of a turn-of-the-century American family. It is the summer of 1903, and the Smith family eagerly anticipates the opening of the 1904 World’s Fair. Over the course of a year, the family’s mutual respect, tempered with good-natured humor, helps them through romance, opportunity, and heartbreaks. The musical includes seven of the best-loved songs from the film, plus ten additional Martin and Blane songs written specially for the stage.

Memorable musical numbers include “Have Yourself a Merry Little Christmas,” “The Boy Next Door,” “The Trolley Song,” and “Whenever I’m with You.”

The production of Meet Me in St. Louis will take place over two weekends.

Special Thanks goes out to those who go above and beyond to help make the St. Luke’s Cindy Poteet Theatre possible:

Meet Me In St Louis Street

Sam Heigle, Andrew Himes, Dusty Johnson, Crystal Bertsch, Adam Hay and his St. Luke’s Facilities Team, Brent Manning and his St. Luke’s Communications Team, the pastors of St. Luke’s, our wonderful cast, the friends and family of our cast, and so many more!

A concession booth is open before the show and at intermission. Please remember that food and beverages (with the exception of water) are not permitted inside of the theater.

MEET ME IN ST. LOUIS
is presented by arrangement with
Tams-Witmark, A Concord Theatricals Company
www.tamswitmark.com 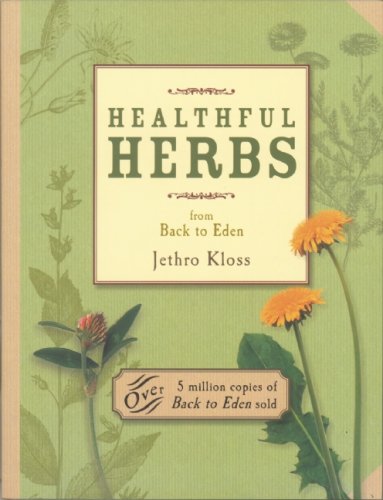 Based on: “The Kensington Stories” by Sally Benson and the MGM motion picture “Meet Me In St. Louis”

Songs by Martin & Blane published by EMI Feist Catalog, Inc.
Produced for the Broadway stage by

in Song and On Screen

Book by Hugh Wheeler
Songs by Hugh Martin & Ralph Blane
Based on The Kensington Stories by Sally Benson
and the MGM Motion Picture Meet Me in St. Louis

One of “The 10 Best Broadway, Off-Broadway, and Virtual Theater Productions of 2020”: “Perhaps the most ambitious virtual theater offering I’ve experienced this year.” – David Gordon, TheaterMania

In this heartwarming musical, the Smith family grapples with life changes and new love in a bustling St. Louis on the brink of the 1904 World’s Fair. This special digital adaption from Charlotte Moore (Anna Smith in the original Broadway cast) will include favorite tunes, including “The Trolley Song,” “The Boy Next Door,” and “Have Yourself a Merry Little Christmas,” along with the romantic suitors, comedic misunderstandings, and jovial pranks that make this classic musical a treat for people of all ages.

This new digital production, filmed and edited remotely amidst the COVID-19 pandemic, is an abridged version of the Broadway musical Meet Me in St. Louis (1989), based on the 1944 film of the same name starring Judy Garland. It premiered as part of Irish Repertory Theatre’s Digital Fall Season in December of 2020 and was last presented on Irish Rep’s stage as Meet Me in St. Louis in 2007.

Reservations are free but required to access this digital event. A donation of $25 for the show, or $100 for the Festival, is suggested for those who can afford to give.

“Another green-screen miracle… soul-warming… Even if you’re having a difficult season, it will make you smile.” – Terry Teachout, The Wall Street Journal

“The sound recording is excellent, the orchestration and the singing first rate…When the enthusiasm of the players and the lilt of the songs come together, your heartstrings may just go zing, zing, zing.” – Ken Marks, The New Yorker

“A holiday treat…with each new Zoom production, Irish Rep is stretching the boundaries of the form.” – Joe Westerfield,Newsweek

“Irish Rep has managed to top itself with this year’s yuletide offering… this show is a lovely little gift, a reminder of the hopefulness we should have as we arrive at a new year.” – David Gordon, TheaterMania

“As delicious and delightful as one could hope for…it truly is a luscious musical gift if there ever was one.” Front Mezz Junkies

“The festive environment has all of the ingenuity of a full-scale Broadway production…an almost divine holiday experience.” Theater Pizzazz

Made possible in part by Debby and Rocco Landesman. Irish Rep would like to thank Patrick McEnroe, Jim Morgan, the Howard Gilman Foundation, Steinway & Sons Piano Company, and Theatre Development Fund for their support.

Meet Me Me In St Louis

Meet Me in St. Louis is produced under the SAG -AFTRA New Media Agreement.