In a non-fiction book, a conclusion is an ending section which states the concluding ideas and concepts of the preceding writing. This generally follows the body or perhaps an afterword, and the conclusion may be followed by an epilogue, outro, postscript, appendix/addendum, glossary, bibliography, index, errata, or a colophon. Some might argue a conclusion is one of the most important components of any research paper or article. It's your last opportunity to make a good impression on your reader. If you can confidently say you’ve fully answered the question posed, or are leaving the readers with a thought-provoking consideration, you've done well.

In conclusion In summary; as the final, concluding point. In conclusion, if we do not address this issue now, it will become insurmountable in a few years' time. In composition, the term conclusion refers to the sentences or paragraphs that bring a speech, essay, report, or book to a satisfying and logical end. Also called the concluding paragraph or closing. The length of a conclusion is generally proportional to the length of the whole text.

A good rule of thumb is to restate your thesis statement, if you have one. Your conclusion should also refer back to your introduction, summarize three main points of your essay and wrap it all up with a final observation. If you conclude with an interesting insight, readers will be happy to have spent time on your writing.

TheNew Yorker published an op-ed by Fergus McIntosh titled A Trip to St. Kilda, Scotland's Lost Utopian in the Sea. He's making the case that St. Kilda's inhabitants are not out of touch, as so many travelers seem to believe. Take a look at how he brings it all home:

Mainlanders always knew that St. Kilda was there, and to describe its people as uncontacted is hyperbole—so why does it, in common with other abandoned places and lost or threatened cultures, arouse such fascination? Perhaps it’s because, in our globalizing, urbanizing, capitalist age, such places remind us that there are alternative ways to relate to the world, and the people, around us: they spur our utopian imagination. 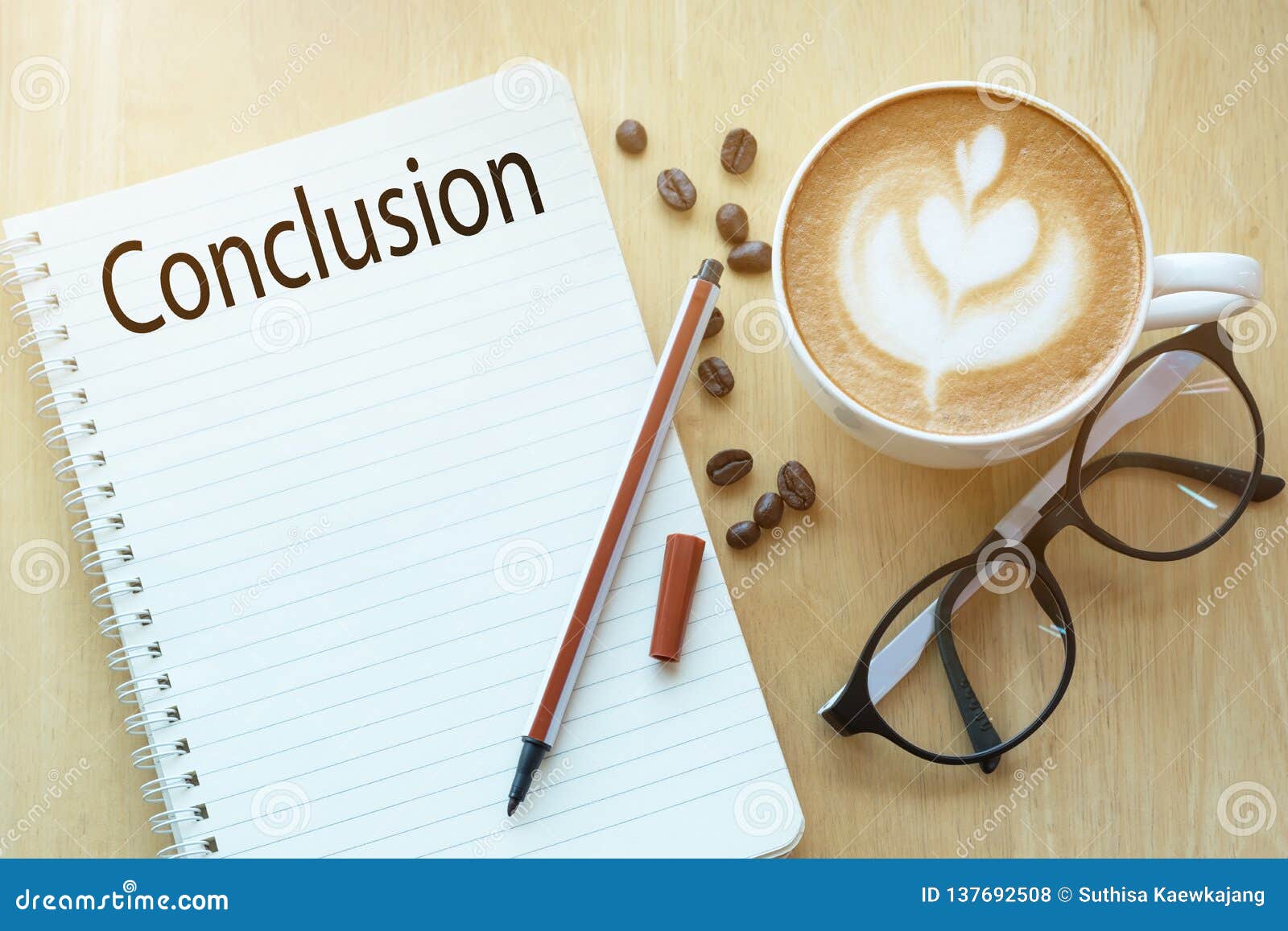 In addition to restating your thesis and highlighting your main points, you could add a relevant quotation from an authoritative source. This will not work in every case, but if, for example, you were writing a reflective essay on a piece of literature, you might quote a famous scholar who also reviewed that piece.
It may be worth taking this opportunity to tie your argument to a larger context, such as relating your central theme to a particular group in society or even a global concept. McIntosh used this tactic in his conclusion by pitting America's capitalist society against his theory.

You might also want to discuss the implications of your findings for the future of the topic at hand. Is there action that can be taken now? Is there need for further investigation? Are there any consequences to consider?

What Not to Do

While you do need to refer back to your essay or report, don’t just provide a bland summary. Think of the conclusion more as an opportunity to end with a flourish. Spend some time on this last paragraph. You want the reader to finish your essay and think, 'Wow. I never considered that,' or, 'I'm going to remember that.'

Avoid the tired 'In conclusion…' Allow readers to sense you're bringing it home with your tone and thoughtful summation. Turn the essay toward them if you can by asking a question or tying your idea to current society.

Also, hold true to what you've just expressed in your writing. Some might feel tempted to say things like, 'This is merely one opinion…' In that single line, you've just undercut everything you worked so hard to draw together. Remember to stand behind the case you just made. Be proud of it and end on the highest note possible.

What do you say we conclude with some examples of conclusions? As you review these, take note of the manner in which the writer tied their ideas together, made a call to the reader, or left off with some compelling food for thought. 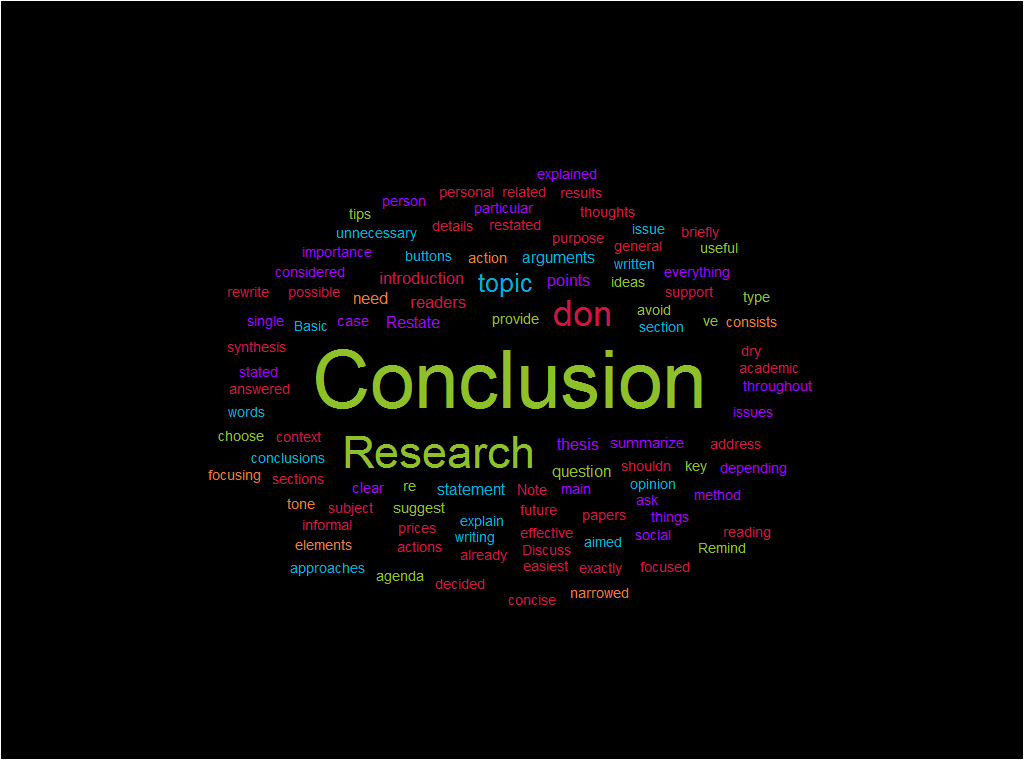 In this research paper, the author summarizes her main findings while also supporting the conclusions she's drawn. In an effort to fully engage the reader in her area of study, she proposes suggestions for future research. This was her way of leaving the readers wanting more.

Recent research on cold-water immersion incidents has provided a more complete understanding of the physiological processes occurring during drowning and near-drowning accidents. Current findings suggest that the cooperative effect of the mammalian diving reflex and hypothermia plays a critical role in patient survival during a cold-water immersion incident. However, the relationship between the two processes is still unclear. Because it is impossible to provide an exact reproduction of a particular drowning incident within the laboratory, research is hampered by the lack of complete details surrounding drowning incidents. Consequently, it is difficult for comparisons to be drawn between published case studies.

More complete and accurate documentation of cold-water immersion incidents—including time of submersion; time of recovery; and a profile of the victim including age, sex, physical condition—will facilitate easier comparison of individual situations and lead to a more complete knowledge of the processes affecting long-term survival rates for drowning victims. Once we have a clearer understanding of the relationship between hypothermia and the mammalian diving reflex, and of the effect of such factors as the age of the victim, physicians and rescue personnel can take steps to improve patient care both at the scene and in the hospital.

This is the end of a book review by Nanette Scarpellini for the Journal of Air Transportation World Wide. Scarpellini uses her conclusion to reiterate her main points about the author making what could be a dull topic entertaining and offering a suggestion for a future edition. Take a look at how she wraps it all up:

Aviation History is a collection of significant events in aviation accented by the people who made it happen and correlated with world affairs. The book’s use of color and vivid stories helps to make the advancements come to life as something more than significant events on a timeline. While at times the stories may clutter the page, they also breathe life into what is considered by many to be a dull subject. The author’s enthusiasm for the topic is obvious throughout the book. More thorough proofreading could help alleviate some of the confusion that is caused by typos and a few mislabeled illustrations. The credibility of the content does not suffer due to these obvious errors which will likely be corrected in the next edition.

Here we have a college entrance essay worth reading. This student recalls when she used to sit in a blue armchair in her parents' café and read, people-watch and imagine. In the conclusion she refers back to the blue armchair and that cozy world but also looks forward to finding her niche. You'll see why Johns Hopkins uses this on their website for the model of college entrance essays:

I learned that despite the many sports that I have experimented with, I am the MVP at bench-warming. I make a mean latte, often topping my creations with adorable foam cats. I adore Broadway musicals and am always ready to showcase my dancing at a flash mob. I passionately believe in advocating for human rights, actively engaging in Amnesty International’s initiatives. And, I discovered that I am not only an advocate for but also identify with the LGBTQ+ community.

To say that I have figured out all of who I am would be a lie. Unlike the world of fantasy, there is no single defining moment—no Excalibur, no Sorting Hat—that marks my complete evolution. My niche in the world constantly changes, but what remains steadfast is my commitment to a life of service and adventure, albeit it isn’t as cozy as the blue armchair.

Take some time over your conclusion. Remember, it’s an opportunity to pull your thoughts together and magnify the central theme of your writing. It's the cream cheese frosting to that red velvet cupcake you just baked. Don't allow it to be an after-thought to a paper you want to get off your plate. It could end up being the five or so sentences that a reader carries with them forever.