Luckily, we are here for you. This Beyblades beginner guide is designed to help both beginners and parents learn more about this game. So, you can not only understand but also enjoy this fantastic game altogether.

What is a Beyblade?

Initially created by Takara Tomy in 2000, a Beyblade is a high-performance spinning toy (top). The game is quite easy to play and usually involves two players, essentially spinning the Beyblades within a particular setting called a BeyStadium.

During a Beyblade match, every player is allowed to choose up to three Beyblades. Nonetheless, players can only use one of the Beyblades they choose when playing.

Every top comprises some various unique features that render it different than the others. Moreover, they also feature a distinctive color and design that allows players to distinguish them.

This toy is available in multiple varied designs and is quite trendy among children aged from eight years and above.

What you need to play a Beyblade game

You need a few items to play with Beyblades. This is inclusive of all its moving parts. Various parts can usually be upgraded or swapped, meaning there are multiple different play options! The main items you need to know about include:

Beyblade Stadium: it is a plastic bucket where the players can launch their toy’ for a battle. This is a vital accessory that makes up how you play the game.

Beyblade: popularly referred to as Bey, it is the distinct spinning object which represents a player in the match

A Beyblade usually comprises of three layers (and at times four, in the ‘God Series’ though) mainly:

Beyblade Tops: it is the top layer and which represents the Beyblade. All Beys have a unique function during the match.

Middle Disc: another layer that comprises a metal disc which promotes the stability of the blade during the game. 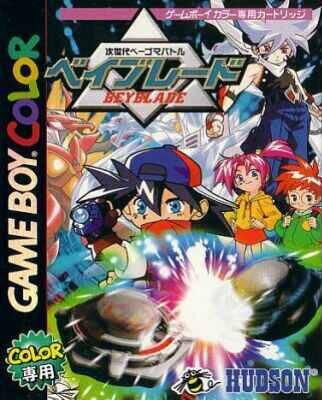 Driver: it is the main contact point with the ground. This particular layer determines the speed and direction of the blade’s spin.

Beyblade Launcher: it is a device that players hold in order to launch their tool firmly. You must hold onto it tightly to prevent the blade from going out of position.

What Types of Beyblades are Available?

Beyblades are available in 4 distinct types. The type of blade you pick determines your playing style. Here is a detailed description of each of them:

Attack beyblade – “Bloody Longinus” Attack Beyblade: this type of blade, which is also known as the striker, comprises a flat tip, a feature that enables it to maintain much better contact with the blades stadium.

This way, it is much quicker and mobile compared to other tips. Moreover, owing to its massive speed, this blade boasts a more significant impact on contact with others.

Defense beyblade – “Revive Phoenix”: Also called the ‘defender,’ it is the blade with the heaviest construction. Its unique design is so that when it clashes with an opponent’s blade, the impact on it is much smaller. The blade boasts a round and smooth energy layer that renders it more difficult for opponents to get a good grip on them.

Stamina beyblade – “Archer Hercules” : this blade is also known as the ‘endurance’ blade. It features a thin tip purposely to limit the friction between the stadium and the blade. This way, they can rotate for a more extended period compared to other types.

Balance beyblade – “Cho-z-achilles” : finally, this blade, also called the ‘combination,’ is a vital blade as it is exclusively designed as a balance between all the other Beyblades mentioned above. It is ideally a collection of all the features found in the different blades.

Therefore, depending on who you are facing, the balance blade can either be weaker or stronger than all the others mentioned.

Things You Should Consider When Buying a Beyblade

Just like with all other products that are available in a wide array of choices and features, it is easy to get confused when it comes to selecting the ideal Beyblade. Furthermore, the various performance abilities, designs, and varied costs can also be quite overwhelming.

Nonetheless, if you are to get the best experience, you must choose the right Beyblade. So, how do you know the ideal Beyblade? Here are several considerations you should consider when making your choice:

As aforementioned, Beyblades are available in four different options, including balance, stamina, attack, and defense blades. While the Beyblade you ultimately pick depends on your personal preference, all the four classifications boast their unique perks and shortcomings.

For example, attack Beyblades usually move around quite violently, something that mandates for them to be of robust construction. Alternatively, Defense Beyblades don’t move as fast, while stamina Beyblades are purposely made to outlast your opponents.

The launcher and the top go together. Therefore to play effectively, you need to pick the most suitable Beyblade launcher that ideally suits your game. Your choice is vital as it influences how you perform in each battle.

So how do you ensure you pick the ideal Beyblade launcher? Just consider what features you want!

If you want enhanced control levels, then a Beyblade launcher with a firm grip and an ergonomic design is your best option. Why? This blade will facilitate smooth execution of power sliding shots, among other great trick shots during gameplay.

Essentially, you can choose between string and ripcord launchers. The most popular option is the ripcord version, and they work by yanking a ripcord. Alternatively, string launchers work by pulling on a distinctly integrated pull string.

3. The Beyblade Stadium is also important

This is the platform that you play the games on. Typically, there is a wide array of options, with each offering something unique. Choosing your stadium can depend on the stadium walls, the arena shape, among other features.

However, the most crucial consideration is the arena shape. This is primarily since the blade’s shape will determine how your toy moves. Also, the shape of the Beyblade’s arena depends on your preferred type of blade.

For example, attack Beyblades feature square arenas that enable erratic bouncing around, mainly if you use them in circular arenas. This would mean it moves around smoothly in uninterrupted circles.

Beyblade is quite a simple game to engage in. All you need is to follow all the steps as outlined here, and you will be sure to have unlimited fun hours with your toy.

However, the most important thing to remember is that Beyblade should and must always be played within a stadium. Moreover, don’t place the stadium’s base on counters, tables, or any elevated surfaces.

2. After this, you can now launch your Beyblade! Always keep in mind that you can only launch just one during each match.

3. Ideally, this game ends when one of these toys’ has either been knocked outside the stadium or is not spinning anymore.

4. When playing, if you touch the Beyblade of an opponent, you lose one point.

5. Also, when you fail to successfully launch your blade in the arena, your opponent gets one point.

6. If you are playing the game in a stadium comprising penalty pockets and your top gets into any of them while playing, your opponent gets two points.

7. The player with the longest spin gets rewarded with a point.

8. Players are not allowed to touch the arena during the game. If you do, your opponent receives three points meaning that the game is automatically over!

9. Finally, up to four players can play the Beyblades game, with the winner being the player who scored seven points first.

• This game is recommended for kids from eight years onwards since it has parts that can lead to a choking hazard.

• Players must not lean over the stadium while the blades are in play.

• Don’t launch your Beyblades outside the stadium.

• All games must be played on a large (floor) setting and never on raised platforms or close to breakable items such as windows to avoid any damages.

• All the battles must be done with official Beyblade burst tops.

Once you ensure that all participants are aware of all the safety rules, it is time to start battling!

Tips on How You Can Win the Beyblade Game

To get your game going, here are some useful tricks and tips you can you to dominate your opponent in your battle.

During the match, always wait for your opponent to launch their Beyblade first just before you launch yours. Why? This allows you to knock their top and perhaps even wholly stopping them from spinning.

Pull your ripcord quickly. This is especially when you have a defense Beyblade as it will help you endure your opponent’s resulting attacks while damaging the other Beyblade much more. If you do it right, you might just push it off the stadium base or stop it entirely from spinning! 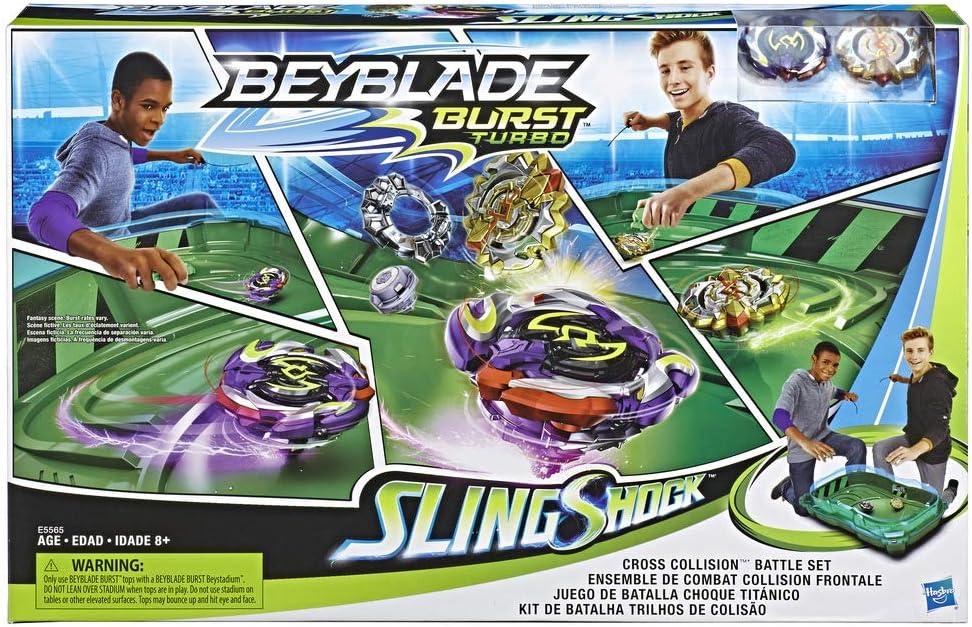 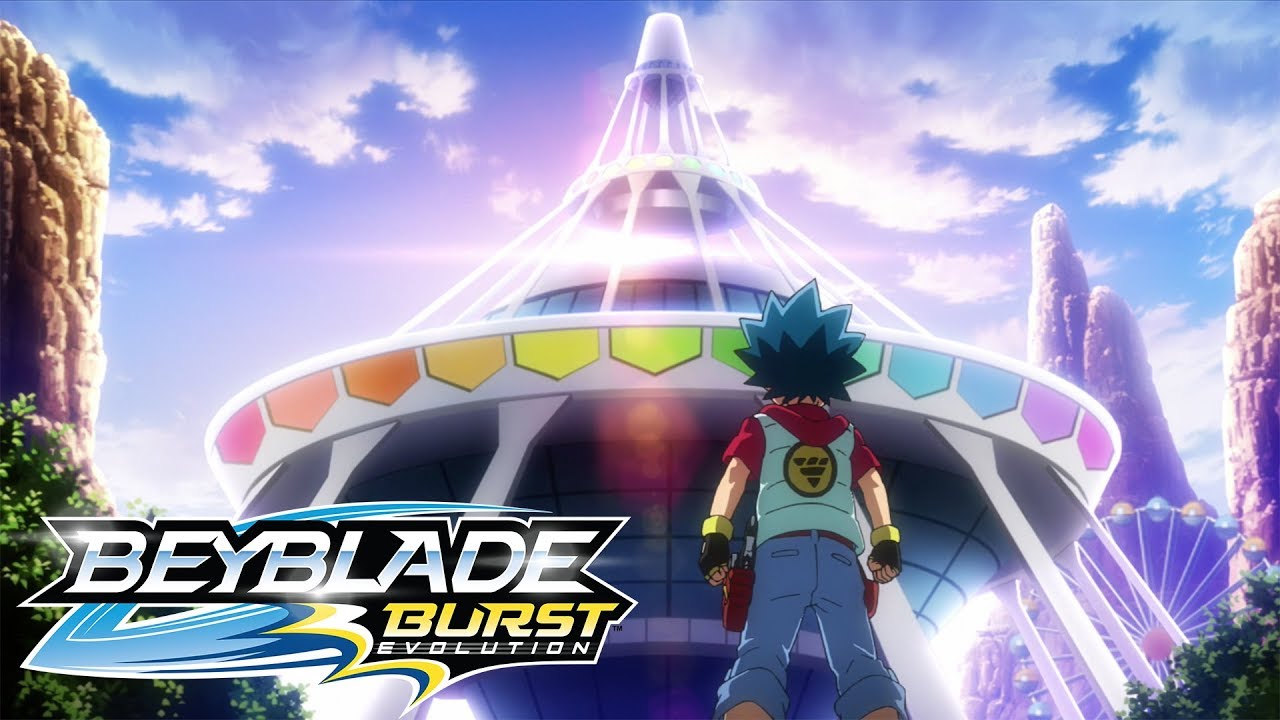 Taking Care of Your Beyblade

Beyblades need to be well taken care of, too, to guarantee optimal efficiency. To help you do this, here are some few vital tips you need to know:

• Even with their robust construction, several of the Beyblades components are made using plastic, meaning that they can get weaker with too much stress. Therefore, avoid throwing, stepping, or even dropping your Beyblades.

• Ensure you don’t use just one launcher for all your Beyblades, especially the heavy blades. This is because it can wear out or destroy the mechanism within your launcher. Alternatively, have a few launchers you can substitute for your relatively heavy blades. 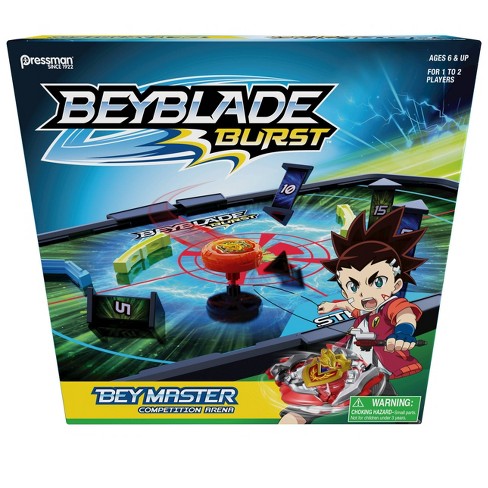 • Finally, launcher gears may get worn out pretty quickly due to unnecessary use. Therefore, avoid pulling the ripcord of your launcher when it is not to launch your Beyblade.

What Beyblade Should You Buy

Finally, if you want to try out this game, or want your children to try it, you will need to have the best Beyblades. While there is no unanimous answer to which is the best Beyblade, here are some of the top toys out there: